Creamy Shrimp over Linguini (With a trout surprise?) 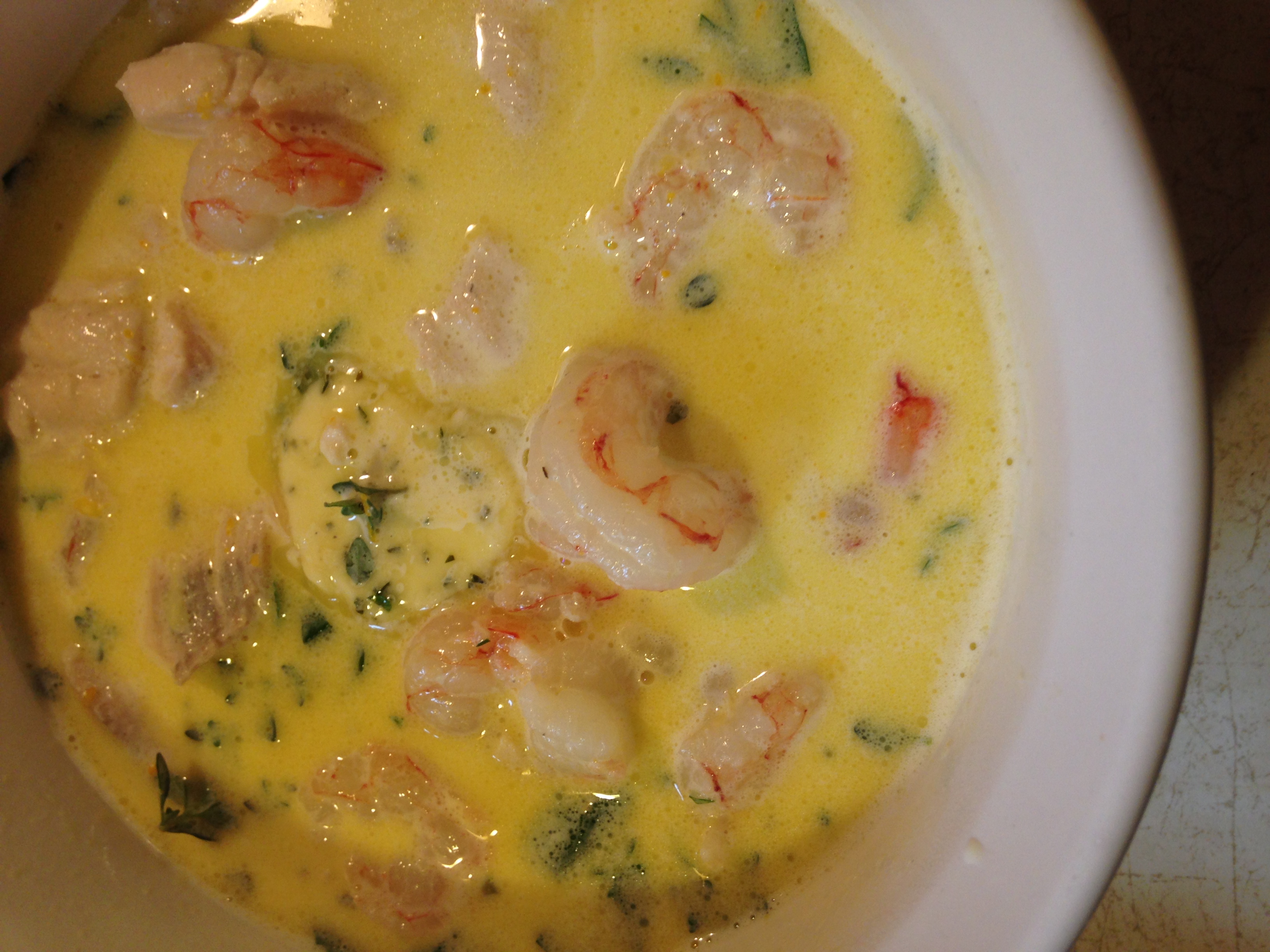 OK, this one admittedly sounds odd.  And I must confess, I didn’t even taste it since I don’t love seafood….but, my father, husband and son thought it rocked, so there you go.  I made it over the weekend, and as all good inventions, it sort of evolved from a mother’s exasperation.

My son and I were at the fish section of the supermarket, picking up shrimp when he requested to add fish to our shrimp recipe, which made no sense to me, but I was too tired to fight him (ie I was a great and supportive mother allowing him his freedom – yeah right).  Flounder was on sale, so I bought the dozen large de-veined shrimp and one piece of flounder. 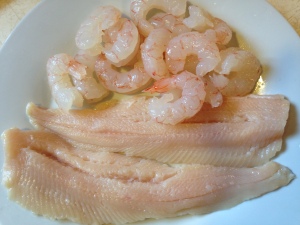 Tip:  ALWAYS get de-veined so you don’t have to pull that gunk out yourself and have your hands smell like the sea for hours.

We took our groceries home and got cooking.  This was the resulting dish.  Did I mention my dad, husband AND son said it rocked?

(first zest the oranges into a small bowl, then squeeze in the juices)

salt and pepper to taste 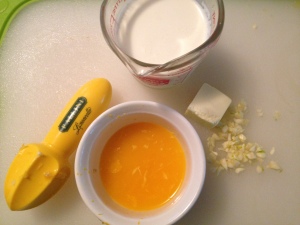 Main ingredients for this recipe

Start heating up your large pot of water for the pasta.  While it is coming to a bowl, chop your garlic, zest and juice your oranges, then grab all of your other ingredients and make them handy next to the stove (butter, Wondra flour, cream, salt and pepper).

When you drop the pasta start the shrimp – this will move very quickly.  Set a timer to cook the pasta for 1 minute less than instructed, you will finish cooking it in the sauce.

The weirdest thing about this meal is the flounder virtually disappears in the sauce, but it helps to flavor it.  The orange adds a brightness and the cream a richness that seems to go well with the fish.  Can top with herb butter.